The Amazing Adventures of Awesome began over two years ago, when an incredible moment with writer/director Allison’s son, Oscar, inspired her to create a short film.

Oscar was diagnosed with autism when he was six, and the diagnosis came as a surprise. He didn’t present as what Allison then believed autism was, he is empathetic, exceptionally compliant and very socially motivated. One of his most loved past times… high fiving people, especially strangers!

Two years ago, when they were at a music festival in the south of England, everything changed.

Oscar was up ahead, eating his favourite snack of corn on the cob, and Allison was walking behind him. Suddenly, he started high fiving people ahead of her – and as they passed him, she could see the magic he was creating.

The festival go-ers were tired, preoccupied, down trodden, and when he high fived them – they came alive! Surprised, laughing, total game changer! Walking behind him at this moment, she experienced the aftermath of the high five, this incredible wave of influence he was creating.

It was so inspiring, and Allison knew that she needed to share this moment.

She then embarked on this journey, creating her own illustrations and working with a team of animators to bring the story to life. As a creative director working on other people’s films, she was accustomed to telling other people’s stories… so it was an incredible process to be telling her own.

Though autism is slowly becoming more prevalent in the media, Allison finds many instances where this portrayal is one where we are encouraged to feel sympathy for the character. They are often portrayed as isolated, both physically and emotionally, and whilst this can be a common experience she felt it was important to portray an autistic character which was more in line of her own experience, and also the experience of others in the community – one which is positive, optimistic and celebratory.

This film is inspired by her son, but is the story of many. 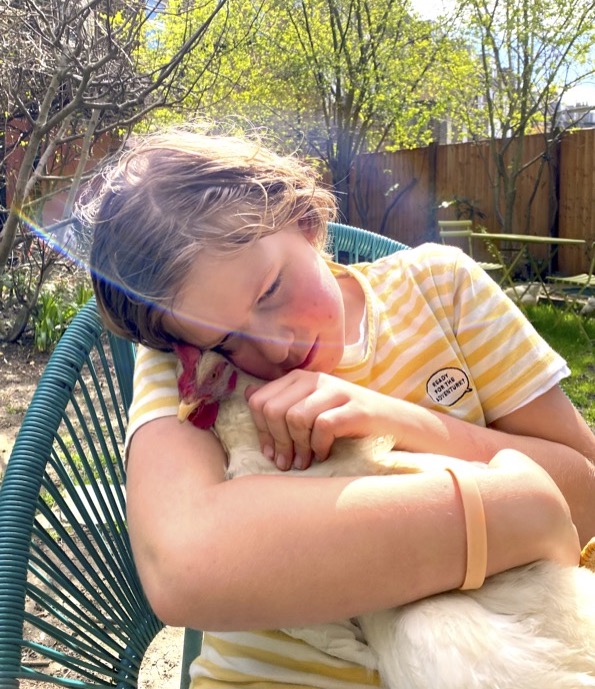 The film was created from hand drawn illustrations, scanned, coloured, composited and animated primarily using After Effects and the plugin Duik.

Without a background in illustration, but desperate to tell the story, Allison began illustrating using a fine felt tip pen on white sketch paper. Her first sketch was the babies in the sky nursery, sweet little babes wrapped in blankets, nestled in their nests. As the film continued, she completed over one hundred drawings for the film. She drew everywhere. While her children played weekend sport, at the airport waiting for delayed flights, evening after evening… These illustrations were then scanned and after some simple cleanup, were coloured within Photoshop and After Effects.

We decided to animate in After Effects primarily using Duik, as it gave us a great degree of flexibility. Working with an intimate team of animators across Europe, Duik allowed us to move seamlessly between artists without compromising our execution.

Our colour palette for the film was a small collection of colours, selected for their ability to communicate the story with a sweetness, without being overly sentimental. It was also important that the overall aesthetic felt contemporary, and the colouring was a critical part of this process.

Our design was inspired primarily from nature, as the connection with our main character and her natural surroundings was so important. Rather than prioritising human relationships, our character seeks animals and nature for her true meaningful connections.

Developing our main character took some time, and several iterations. As the only character visible in the fifilm, her aesthetic was critical. It was important that our character was non-white, but also without a discerning race. We wanted to avoid being too prescriptive with our character. Autism is a spectrum, and that lack of specificity was also important within not just our character, but our world.

The shots were edited in Flame, with the addition of some effects such as the rain, and final post was completed in Flame. 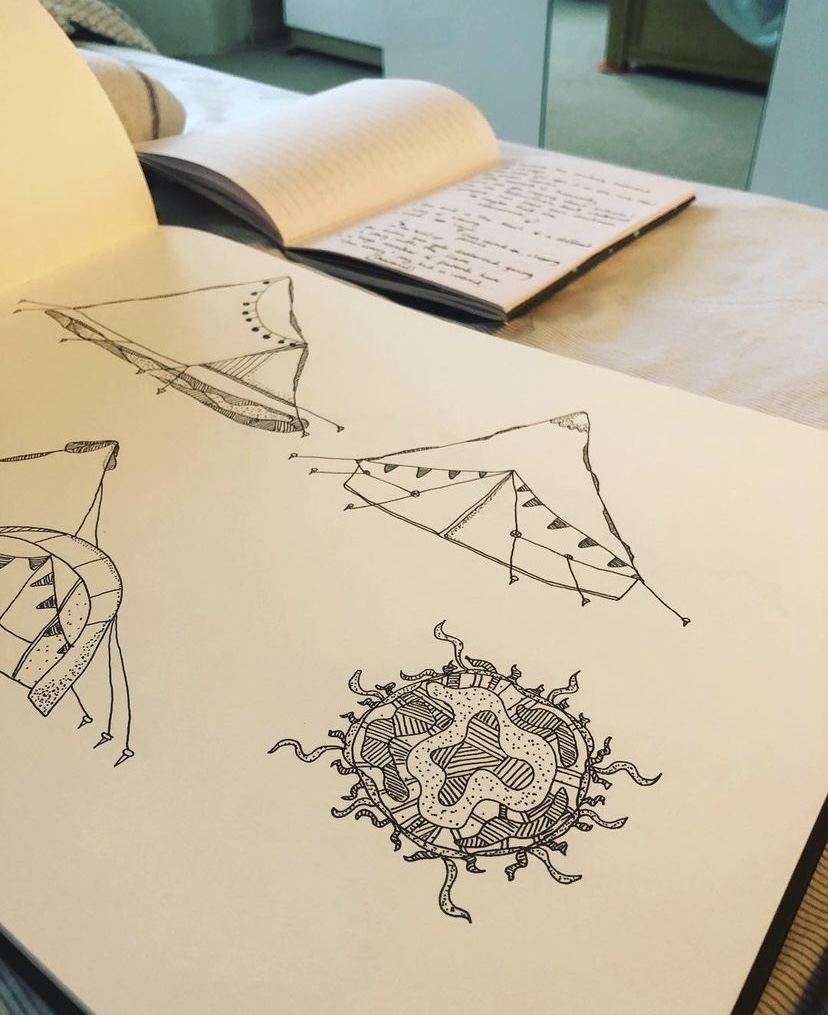 Director, Allison Brownmoore, hand illustrated over 100 drawings for the film

Q: This is a very personal film for you, what made you decide to tell this story?

This is an incredibly personal film, and was inspired from a moment with my son, who was diagnosed with autism when he was six years old. It was a tumultuous time, his diagnosis came as a surprise as he didn’t present as — what I thought at the time — was typical autism. He was empathetic, sought social situations readily and was overly affectionate. We went through the diagnostic process to rule autism out, but quite the opposite happened! When this inspirational moment with my son happened those few summers ago, I saw past his diagnosis. I could see all the optimism and hope, the magic and the excitement and I knew I needed to capture this. Autism has so many stories of sadness, I knew this narrative needed to change.

Q: Have you consulted with the Autism community through the making of the film? If so, what has been their impression?

The response has been incredibly positive from the community. They are excited to tell stories with hope and optimism. They’re also excited to tell stories where our autistic protagonists are on their own positive journey, finding their own path in a neurotypical world. Over the duration of the film, from script writing to fine cuts, we felt it was important to connect with the community, both those with a professional perspective and also from a social viewpoint. As I was changing the main character from male to female, I was very conscious that autism presenting in women and girls could be quite different to how it presented in men and boys, so involving the community was important to aid and inform.

As autism is a spectrum disorder, it was incredibly important to me that the film reached a wide range of people, both within the community itself but then also from those without experience of autism. The film is purposefully open-ended, with space to consider and interpret. This is not a didactic experience. This is one to consider the possibilities.

Q: In the film, we only see the protagonist, the other children are invisible. Can you discuss your decision to make her peers invisible?

I felt strongly about making the other characters invisible from the early stages, however I also knew I needed to strike a delicate balance between their invisibility and our main character connecting with them. Many people think that autistic people aren’t interested in being social, and would prefer isolation, but this is a misconception. My son actively seeks social interaction, but on terms which are different to the neurotypical normality.

Although this enjoyment looks different to what we might expect, it doesn’t mean he’s not enjoying himself any less. It’s difficult not to attach our own stories with our own belief systems onto others, but the more we can see stories like this, the more we can understand these differences until, perhaps, they’re not so different anymore.

Q: Your main character is an autistic girl, but the film was inspired by your son. Can you discuss this?

Most stories relating to autism feature male characters. Autism presents quite differently in females as opposed to males, and with so many male autism stories, what we end up with is a disparity in our understanding. While autism is statistically more prevalent in boys, it’s important we create and share these narratives so that these voices are heard.

Q: What would you like audiences to walk away with?

I would love for audiences to connect with this little autistic girl, and be enamoured by her world. I wanted a story of an autistic character which felt interesting, exciting, hopeful, charming and optimistic. We’ve had so many stories of autism where we’re feeling sorry for the character, I wanted this to feel very different. My autistic son brings so much warmth and joy into my life, and I wanted to give audiences just a little taste of that. 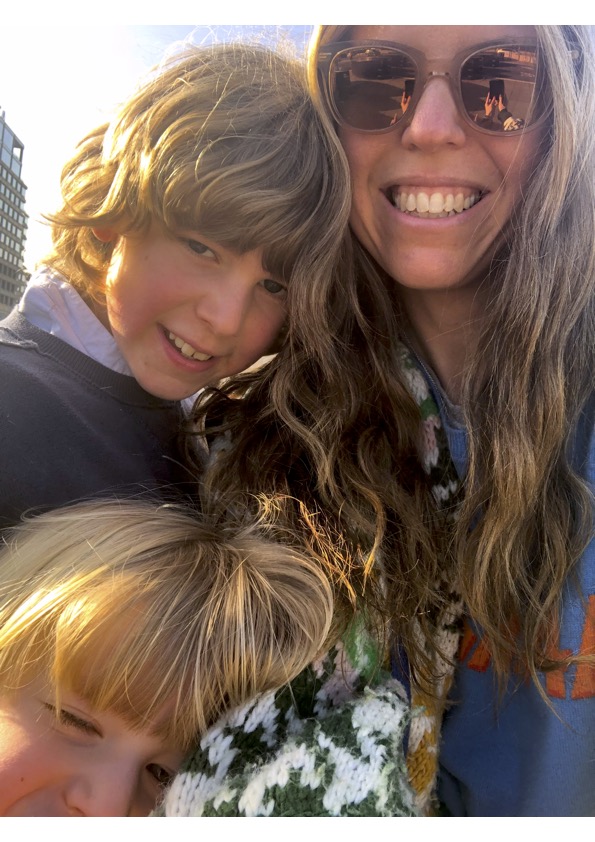 Director, Allison, her son Oscar and his brother Oliver